Beginning of the mega event, the international extravaganza ‘Art Niche 2018’ from 13th to 16th of March was marked by the Inaugural Night Ceremony at Abdullah Hall Women’s College on 12th March. The Inaugural Ceremony commenced with the lightening of the Japanese candles, which were then set off into the sky. The sky was lit by these candles which grazed the sky like fireflies.

The first day of the four-day event – 13th March witnessed a huge crowd of participants and onlookers enhancing the event. Mr. Aditya Dev Sharma, an international artist and TEDx speaker along with Bharti Sapra, the head of A.D.I.F.A. New Delhi, conducted an interactive workshop engaging and inspiring the attendants. He talked about ideals of life, world unity and what role does experience play in a human life, stating motivating quotes like “You don’t follow fashion, you are the fashion”, ” You learn from yourself”. He also had a strong opinion about the division of countries and concluded that it is humans who created differences.

International Art Exhibition at Moinuddin Ahmad Art Gallery was the major highlight of the day. The Inaugural Ceremony was initiated by the guest artist Mr. Gulrez Ali, Bhopal, Madhu Mam the Chairperson of Fine Arts Department, AMU and International Calligraphy Artist from Gujarat Mr. Gori Yusuf Husen by cutting the red ribbon and announcing the opening. Astonishing art performances about the Syrian War situation were executed by Zainul Abdi and Ayaan Madaar respectively. The manifestation was demonstrated by artist Mr. Gulrez Ali and Mr. Gori Yusuf Husen. The alluring exhibition left one and all fascinated by the global artwork comprising of guest artists like Mr.Jamel Ahmed and Mr.Abdul Hasan from Bangladesh.

The decoration at the CEC lawn flavored this festival along with various offline events like rangoli, calligraphy, fashion sketch. The installation of creative art structures was conceptualized by Mr. Sabir Khan with the support of Ranjan Kumar, Faizullah Ahmad, Ayaan Madaar with the magnetic works like I was Chair, Maze depicting Syrian War situation and a Stairway to Heaven. 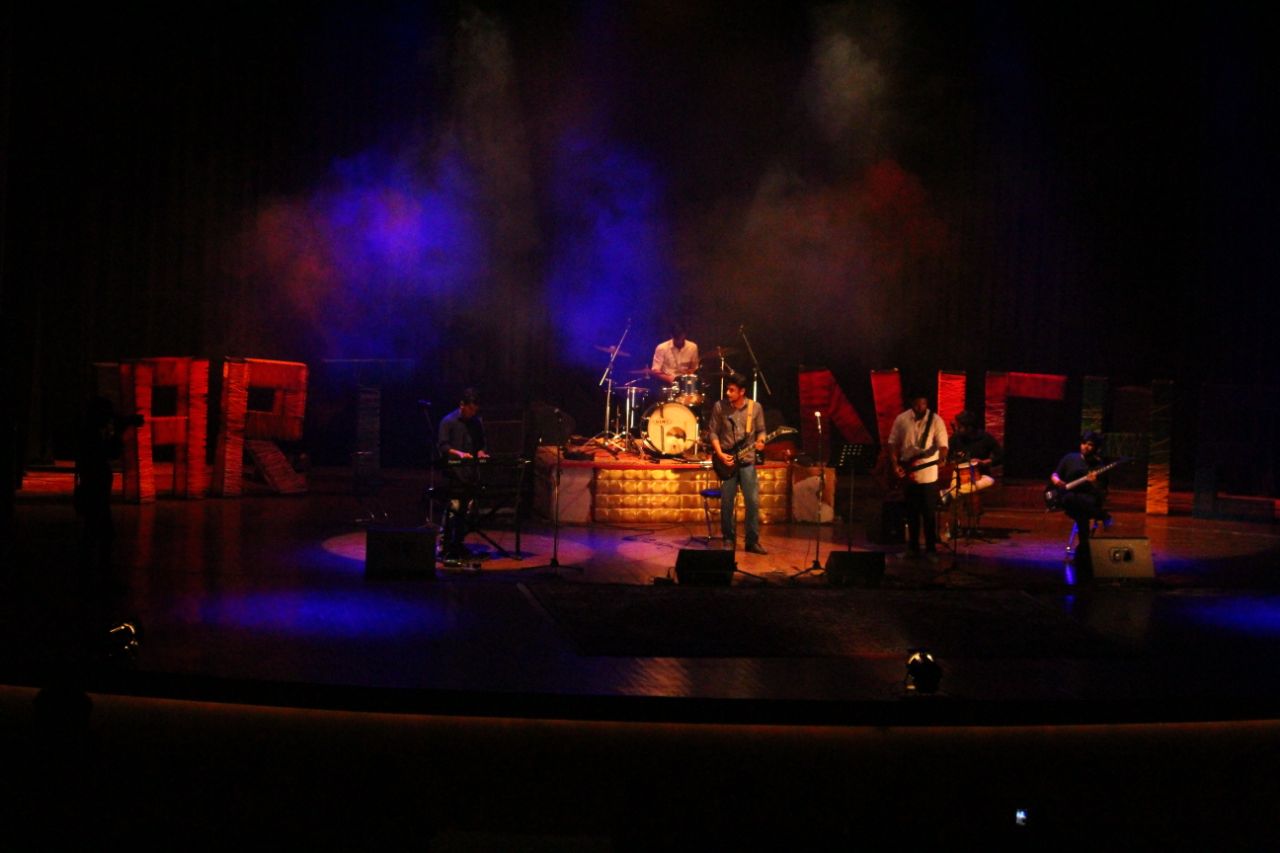 The day concluded with the most awaited performance by Haider Saifullah and team at Kennedy Auditorium signifying the conclusion of the day.