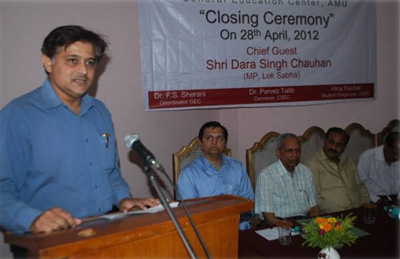 Club for Short Evening Courses was established in 1973, with Ahmad Surti as its first teacher in charge. Closed for quite some time, the club was revived in 1990, and Shabi Haider was appointed as the student convener of the club.

On June 20, 2012, Prof Parvez Talib was appointed as the President of CSEC, and he has rejuvenated the activities and format of the club to new heights. Prof Parvaiz Talib is a Professor at the Faculty of Business Administration. He has been using Learning Oriented Teaching Methods in various courses like Concepts of Management as part of which students carry out field projects on practicing managers in order to understand their working. He has been actively involved for the last several years in offering Personality Development and organizes programs for students to brighten their career prospects. He is force behind the beautiful New Management Complex Project. He possesses an interest in varied subjects like literature, history, humanities etc.