The logic of the case can be viewed with clarity and would perhaps seem convincing in the backdrop of the post of this institution, which approximately goes back to four decades, during which there occurred a significant shifts in emphasis of the activities. Under the stewardship of Prof. Monis Reza (1962-64) and Prof K. A Nizami (1970-1972) the road map of the General Education Centre was charted. It was to impart such education and information to undergraduate member students, which did not form part of their regular subject/s of study.

In other words it attempted an exercise to realize the best tenets of liberal education, to fill the gaps in a student’s studies, or giving him an opportunity to acquaint himself with other fields of human thought and endeavor. The scheme brought into reckoning the important role of advisors in recommending the course to the student, which he should attend at the GEC. The added purpose was also to provide means and vehicle of different modes of expression, artistic and aesthetic pleasure, sharpen the finder’s sensibility and relaxation leading to constructive emotional release in keeping with the desired traditions and values.

Under the scheme basically four areas of activities with sub-branches came into operation:

All the areas 1-3 had prescribed courses.

With the passage of time, preferences, priorities, interest and needs of the students changed direction. For instance competition guidance ceased to attract candidates as much since better aids, means and material became available in the form of interest information, books and professionally specialized coaching classes. Besides, multiplicity of professional choices in recent years also affected the number of takers of GEC coaching.

As for as Short Evening Courses are concerned full fledged Fine Art and Mass Communication department came into existence to cater to interested students for professional reasons; Sir Syed and the Aligarh Movement became a part of regular courses of study at different levels. Other courses received lukewarm response from the students. Motivation for subjects of Hobbies Workshop also got diluted on account of the coming up of the Fine Art Department. Photography has its own intricacies, namely, lab facilities, expertise, specialization and expenses involved in its pursuit.

In 1982, once a compulsory subject/ paper of General Education was scraped from the University syllabi and at time all the teaching faculty were absorbed in their related department.

However, it may be pointed out unhesitatingly that the high point of GEC activities have ever been the popularity of the cultural clubs. There never was any sagging of enthusiasm and interest in these clubs among the students. The cultural clubs went on achieving higher excellence qualitatively year on year, and membership also increased steadily.

Moreover, in the education system all over the country and the University Grants Commission and other funding agencies no more recognizes General Education Centre in lieu of cultural education, which is now the main and only purpose of this cultural centre.

The Renovation and make over drive:

Due to years of negligence this Cultural Centre had become picture of penury and aesthetic drought. It was herculean task to rejuvenate the entire setup. With the extensive encouragement by the Vice Chancellor Lieutenant General Zameer Uddin Shah and exemplary support from the Pro Vice Chancellor Brigadier Sayed Ahmad Ali, the coordinator of CEC Dr F S Sherani and his team of energetic club presidents and the secretaries had started renovation and rejuvenation drive in October 2013. With the help of club members, and some dedicated alumnae including Mr Talib Bilgirami and the wonder designer Mr Danish Rahat, these renovation works begins on war footing and divided in to three phases:

Phase 1: Renovation of VIP lounge at Kennedy Hall and Dressing Rooms completed in 2013 along with the refurnishing of music rooms of Hindustani Music Club, Fusion and Western Music Clubs and coordinator’s office.

Phase 2: Make over drives of CEC Library, Drama Club, Fine Art Club, Club for Short Evening were completed in 2014 with the procurement of some state of art music equipment and other materials, the new energy and enthusiasm have ingested the Kennedy House.

Phase 3: Renovation and up gradation of sound lights and other infrastructures of Kennedy Hall, including wall paint and much awaited replacement of stage curtains etc will be completed in 2016 itself. 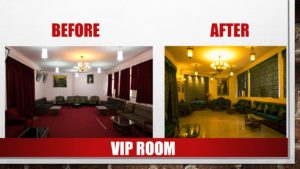 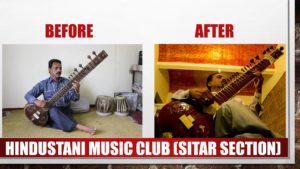 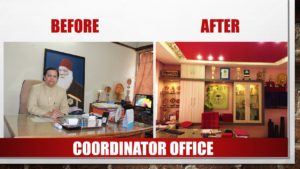 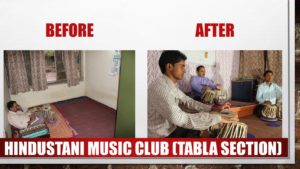 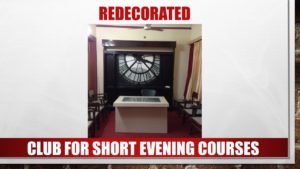 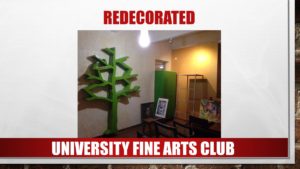 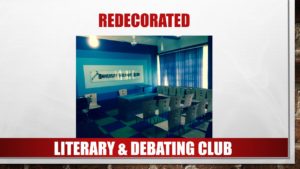 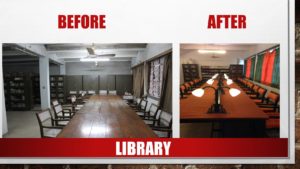 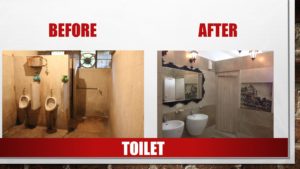 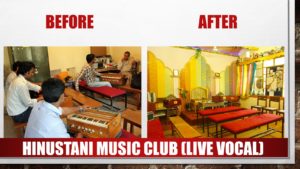 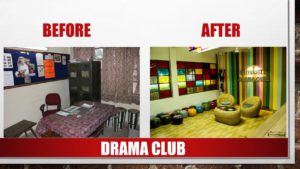 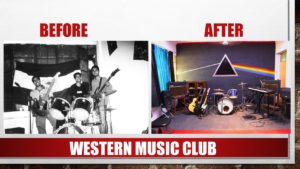 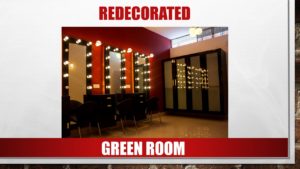